The Function Band are a fantastic team of talented singers and musicians from all corners of Europe who create an immersive experience for guests to enjoy. Since 2008 the band has performed at countless corporate events, charity events, weddings, birthdays and more, creating special memories that last a lifetime with their unforgettable live performances.

TFB was the brainchild of Managing Director, Dan Rosen, who has over 18 years of experience in the events industry, along with his father and business partner, Bradley. 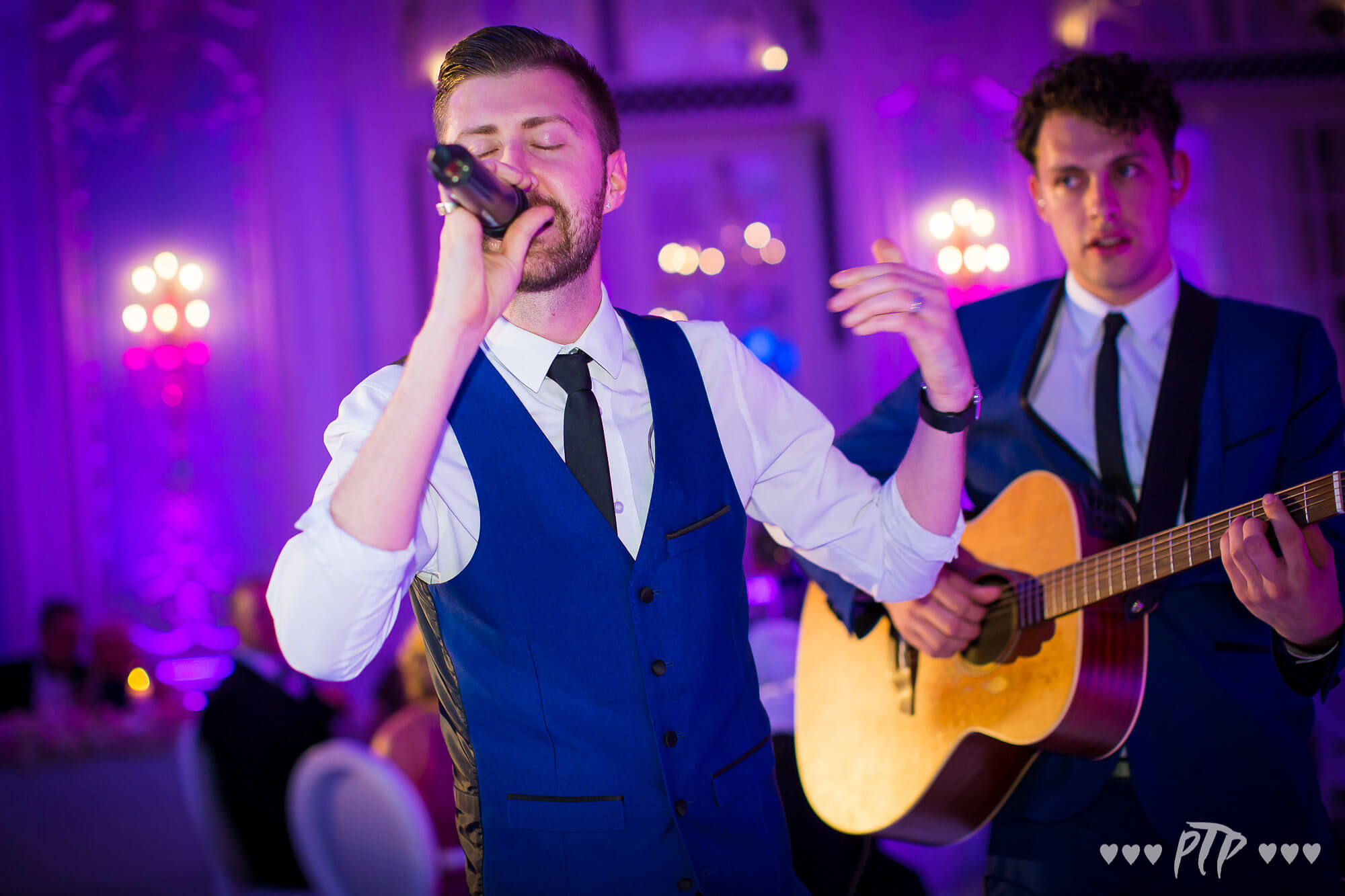 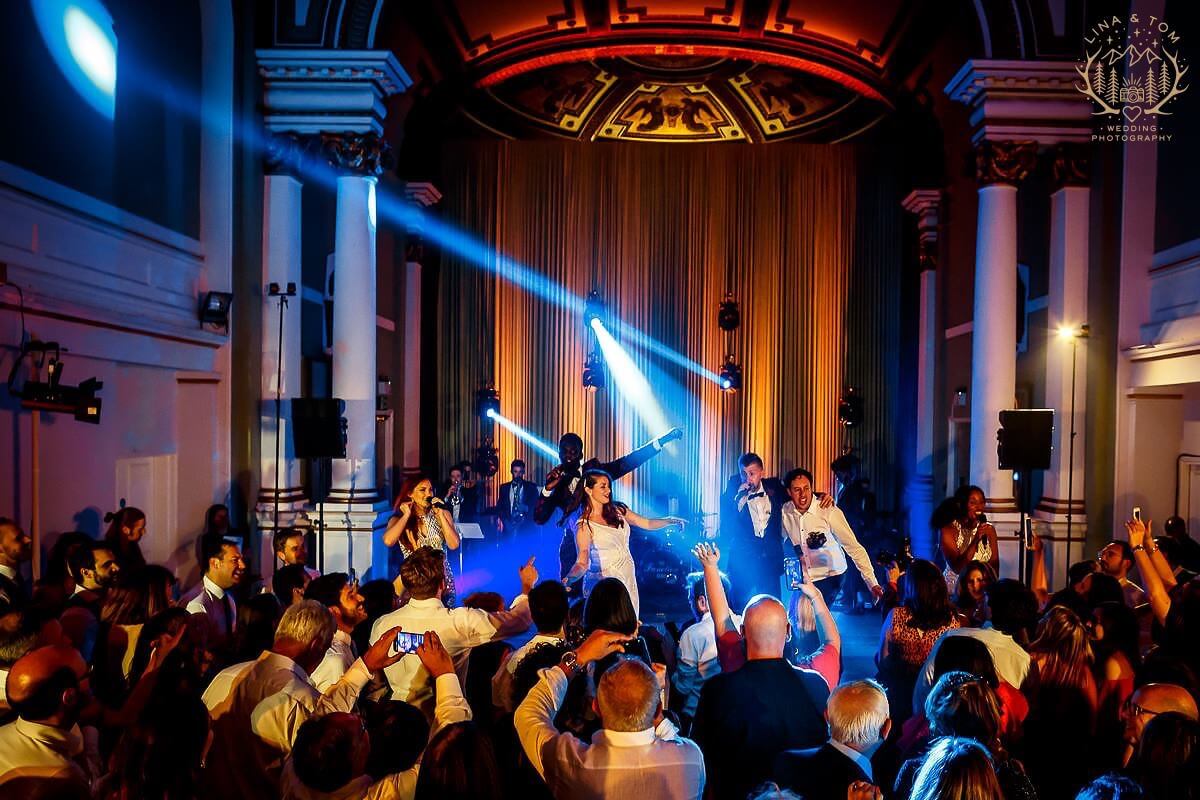 Bradley says: ‘People relate to the father-and-son partnership as it feels like family, and they like that feeling while planning their function, as looking for a band is a crucial part of any big day’. The company also offers fantastic production and world-class event management services, all carefully executed by their in-house team. From bespoke lighting and staging to dancefloors, clients are involved throughout the production process and can tailor all aspects of production to suit their requirements, taste, and budget. TFB Events have the expertise to help clients find everything they could need for their big day, from fairytale venues to exquisite florists and caterers. TFB Events services (including production) can be booked without hiring The Function Band.

The band also offers many other packages to suit all budgets, from DJ Live performances featuring live musicians and singers to their Showband, consisting of up to 20 talented musicians, including multiple vocalists, strings and brass section. TFB are masters of showmanship and crowd participation and will get even the most miserable uncle up and dancing.

They are also a magnet for celebrity fans and have previously performed for Steve Coogan, The Wright family, Billy Faires, Tom Parker, Pippa O’Connor and numerous other celebrities and Premier League footballers. Recently, they even shared the stage with Grammy award-winning pop sensation Lewis Capaldi in Boston, USA, as well as previously Cliff Richard, Roger Taylor (Queen), The Wanted, Fleur East, Shola Ama and More!

TFB also managed to coax Irish football legend Robbie Keane up on stage to sing the Neil Diamond classic Sweet Caroline at the wedding of his brother-in-law Ronan Palmer to Zoe Dromgoole.

Dan says: ‘Whether you have six people in the band or twenty people, the chemistry is still the same. Our setlists are completely bespoke, and if we don’t know a song, our talented singers will learn it. We discuss all musical choices with every client, so we know exactly what they love, and most importantly, what they hate.’ 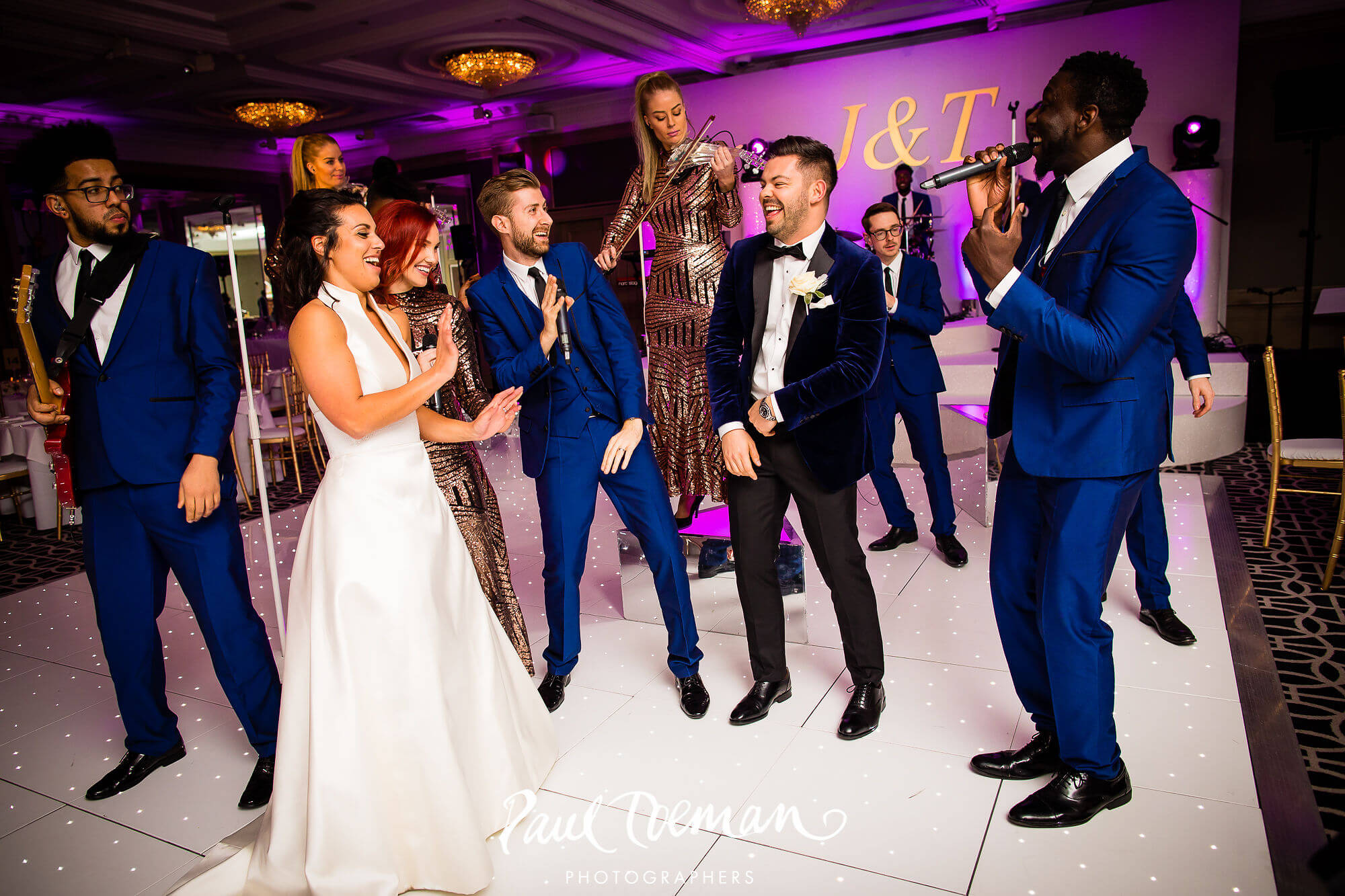 I think we should hire them 🔥 #thefunctionban

Just wait until you see the room 🤯 #thefuncti

Everything in this vid is perfect, the setting, th

This is a great story tbf, wait for it #thefunct

Such a beautiful moment, imagine doing this with y

#ad We travelled to Stockport to surprise @mcdonal

#ad We always bring the party! 🎄 This week we s

Jamming in the crew room at a wedding before perfo

Tag a friend who’d want their wedding dinner to